Advanced Animal Removal offer San Rafael Animal Removal and Wildlife Control Services to industrial, commercial and residential customers. Advanced Animal Removal can assist you to resolve your wildlife problems. We also specialize in attic and crawlspace restoration and decontamination. We pride ourselves in being the leaders in wildlife control with exceptional service. We handle every situation in the most humane way possible. We specialize in a wide range of humane wildlife control services including: bat removal, Raccoon removal, skunk removal, rat removal, squirrel control, bird control, snake removal, gopher and mole control, fox control, bee removal, wasp removal, opossum removal and more. This also includes dead animal removal, damage repairs, waste cleanup, decontamination, deodorization and sanitation. If you have questions regarding homeowners insurance coverage on animal damage, please click here or call 415-404-9453 to find out how clean-up, insulation removal, repairs, prevention and decontamination won’t cost you anything (depending on insurance company and policy). We can assist you! Open 24 hours a day and 7 days a week.

Even though its health risk is exaggerated, rabies is the number one public health hazard associated with bats, and many are forced to roost in people’s homes when natural roosts, such as caves and trees with exfoliating bark are destroyed, according to Joe Cannon, wildlife operator and business partner of California’s top animal and wildlife control unit, Advanced Animal Wildlife Control. “Rabies, which is an illness that affects the central nervous system, is transmitted to people from infected mammals like bats,” said Cannon, who specialises in removing such dangerous bats and other dangerous or pesky mammals and animals from people’s homes. According to Cannon, evidence suggests that a seemingly insignificant bite from a bat with rabies, even without an obvious wound, can be fatal without preventative treatment. “Early symptoms,” he said, “include irritability, headache, fever, and sometimes itching or pain at the site of the bite. The disease usually progresses to paralysis, spasms of the throat muscles, convulsions, and delirium.” As a responsible corporate citizen, Advanced Animal Wildlife Control plays an effective role in not merely removing potentially rabies-infected bats from people’s home, but does also remove other pesky, nuisance, and other dangerous animals and insects that could prove hazardous to people’s health and safety, particular within the Bay Area of California, namely Contra Costa, Solano and Sacramento counties. “Besides potentially dangerous bats, we are often called on to remove from people’s homes and properties raccoons, rats, skunks, birds, feral cats, snakes, foxes, bees, opossums, squirrels and others,” said Cannon, who services industrial, commercial and residential customers. His company pride itself as being the leading wildlife removal company that offers exceptional services. There’s not a problem that is too insignificant to this company. “We handle every situation in the most humane way possible,” noted Cannon who specialises in bat, raccoon, skunk, rat removal and squirrel, bird, snake, fox, bee, and other pest control. This also includes animal capture, removal, exclusion, damage repairs, waste clean-up, decontamination, deodorization and sanitation. “Our humane approach to controlling and dealing with animal wildlife makes us your best choice,” claimed Cannon, whose main purpose is to help its clients identify and close off points of entry to prevent animal wildlife from getting in and causing damage. If you have a wildlife issue in your home or property or would like to know more about the services offered by Advanced Animal Removal, Cannon now invites you to give either give him a call.

Raccoons are usually identified to possess overturn rubbish containers along with go on individual residence for example the attic room. Raccoons can happen sweet and also helpful. Without a doubt, they are often really stunning near to folks as well as home-based animals. Nonetheless, they may be creatures and may behave like wild animals. The particular have sharp the actual enameled, powerful feet, are acknowledged to have provide hydrophobia and in addition microorganisms. In no way attempt to catch any raccoon by hand. Placing a raccoon, and even any kind of canine, may perhaps leave your pet without the option nevertheless to address an individual.

Raccoons (Procyon lotor), occasionally wrote out because racoon, also referred to as the conventional raccoon so when rustic, is a medium-sized vertebrate indigenous to The united states. Due to is out as well as prepared opening paragraphs inside mid-20th century, raccoons have become moreover distributed within the Eu where you live now, the specific Caucasus Mountains region and also Asian countries. Although upset squander canisters in addition to raided refreshing berries timber are a annoyance by proprietors, it may expense thousands of dollars to correct damage due to the usage of loft region since puppy dog dens.

This growing variety of raccoons all through cities has resulted in diverse negative effects withinside humans, including outrage at their particular existence to be capin a position so that you can assist strategic feeding. A number of wildlife professionals and the majority open up community regulators intense alert in opposition to giving creatures given that they may well grow to be progressively intrusive as well as inspired through people like a dinner supply. Some various different experts issue these kinds of justifications and offer information on serving raccoons as well as other animals of these guides.

How to get rid of a skunk 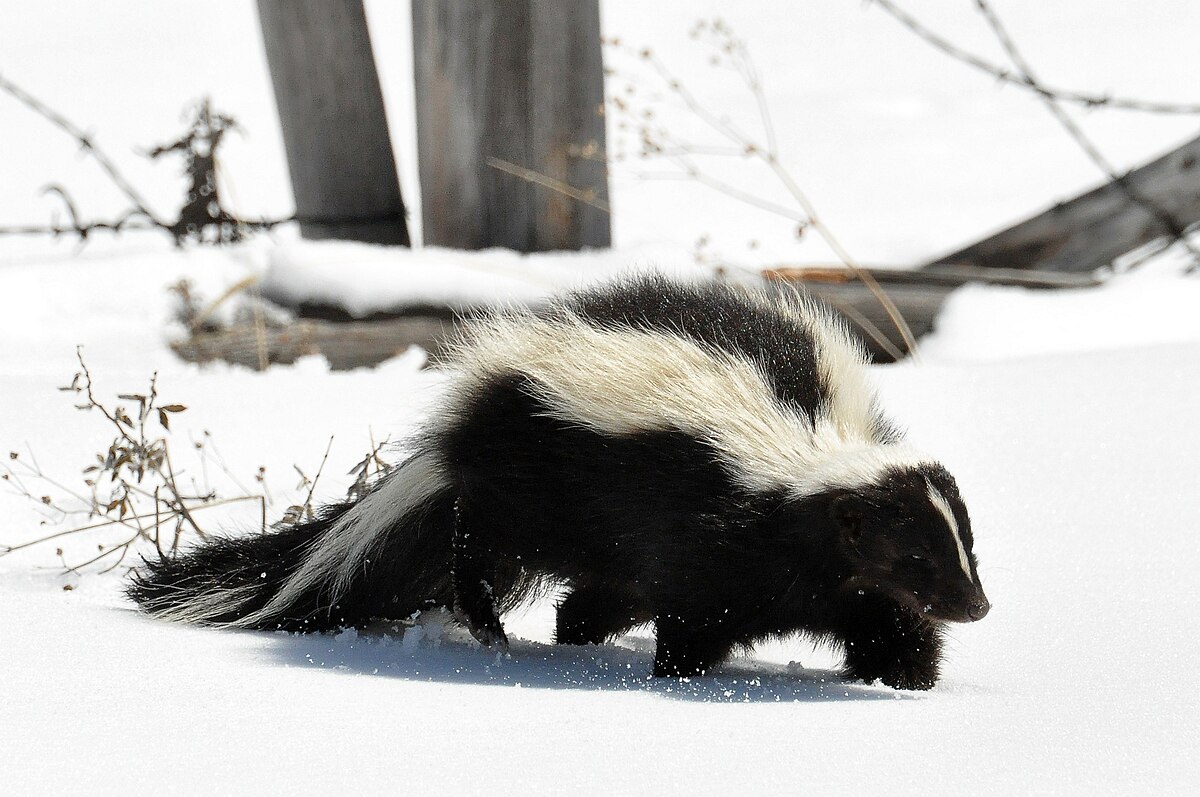